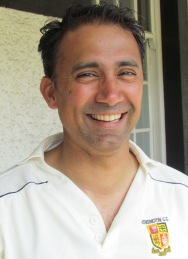 The highlight of my thirteen-year stay in London has got to be playing cricket in the English summer. Not just any cricket, but for Kensington Cricket Club, undoubtedly the high point of my life in England.

I started off with the Hertfordshire League, courtesy Abid Nasir who introduced me to the Old Haberdashers (I returned the favour by introducing him to KCC much later), then for London Business School where I was doing an MBA, after which I ran the LBS Old Boys till our cricket team fell victim to the Global Financial Crisis of 2008-09. During that time I did play off and on for and against KCC, thanks to some common connections.

However, it was only in 2013 when I was invited to play a few games for KCC, that I saw what quintessential English village club cricket was all about. Scrumptious teas between innings, pints of lager at the local pub at the end of the game, a great bunch of people with a common interest (beer?), and cricket of a pretty high order, well most of the time! KCC was just such a club with much history, superb organisation, its own website, playing matches at some of the prettiest grounds in and around London. Weekend cricket for KCC was what I started looking forward to Monday through Friday. It was my stress buster, socialiser and fitness motivator. Pity I hadn’t started playing for KCC sooner.

The three years (2013-2015) with KCC have been memorable. I got to see much of the picturesque English countryside, play at some spectacularly beautiful grounds, make great new friends, and achieve some cricketing feats too. Not to forget dressing up for the black tie dinner at the end of each season.

Mid 2015, my family moved to India. My wife was offered a project after her own heart, and she couldn’t refuse it. She left London with the kids and I faced a long stint of bachelordom. But the night they left I picked up the KCC fixtures mail for summer 2015. It brought a glimmer of light into my life. I signed up for every game, even the double-headers on some weekends! I played to my heart’s content. But can you ever have enough, though?

And then the inevitable happened. An opportunity to relocate to Mumbai came up a year later, and I accepted it. My biggest fear was that it would mean the end of my cricketing life. Strange you would say – since there’s cricket at every corner in India! Sure, but not the kind we played at KCC, and definitely not on grounds quite like Henley, Tilford or Vincent Square.

However, the passion for this great game was still there and so was the desire to recreate something similar to KCC in Mumbai. I knew a few fun chaps, keen cricketers, big drinkers and genuine sportspersons. We started looking out for some nice grounds to play on. No more ‘maidan’ cricket for us with balls flying at us from different directions!

Some former London Business School cricket teammates, a few old gully cricket buddies and friends of theirs, responded to my WhatsApp message – How about starting a club, The Mumbai Old Boys? And we were on to our first nets soon after. We started with 8, at the next session we were 12, and growing. Fortuitously, I met San Gore at the Wankhede Stadium watching India pummel England in the Fourth Test. We talked about my group, and how we could become KCC’s first international affiliate. After all, the principle was the same, the ethos and the objective were the same. Thus was born Kensington India Cricket Club.

We’ve already played our inaugural game – a Youths vs Veterans (a KCC tradition), followed by a T20 friendly versus Khar Gymkhana. But the plans are big – we’re participating in The Buddies Bash T20 Tournament in Mumbai, a trip to Munnar, Kerala in April and a homecoming tour to the UK in July, an event I hope will be an annual feature. We have a Club Committee, our official clubwear has been ordered, we are on Facebook and Instagram and the KCC India WhatsApp group is now 46 members strong. We are off to a flyer!

See you in the summer on the Kensington India CC “English Summer Tour”. 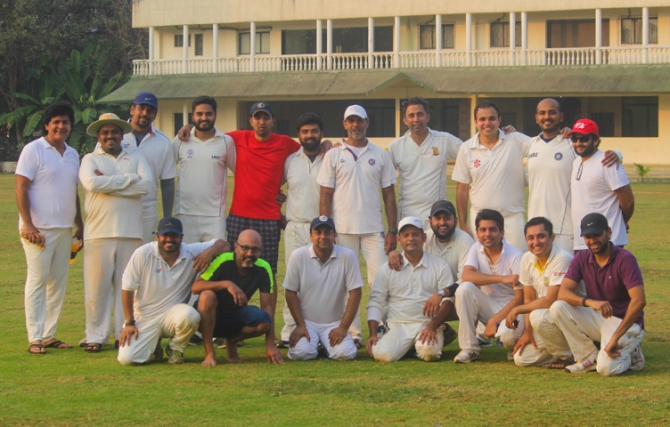